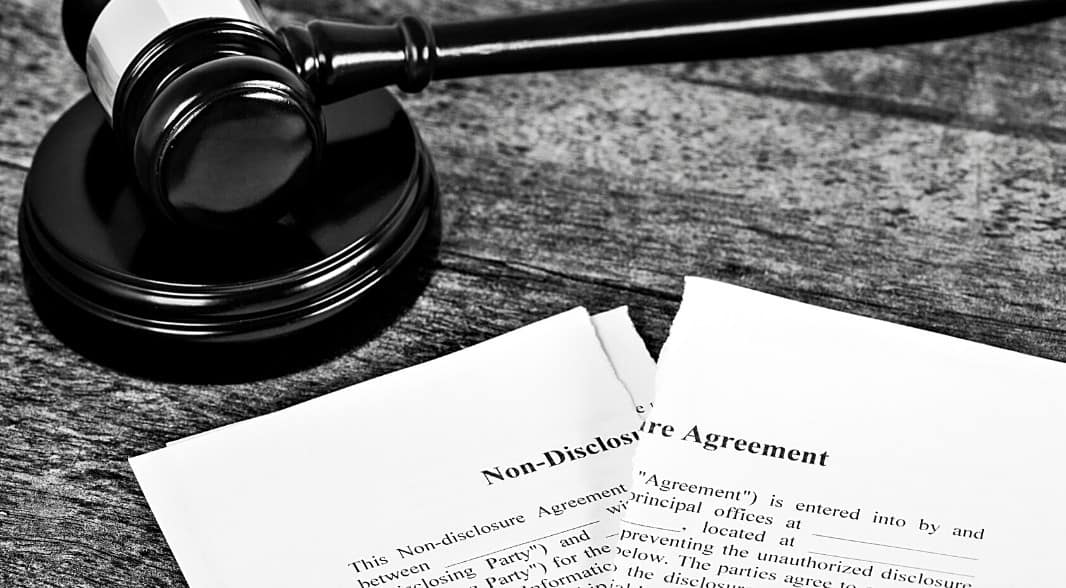 If you work in high-tech or manufacturing you know that a non-disclosure agreement is quite often used to protect intellectual property, and prevent other parties from getting to know your business secrets or other sensitive or confidential information.

So you need non-disclosure wording to prevent contract value leakage.

What is Non-Disclosure Agreement?

A Non-Disclosure Agreement or NDA, also known as a confidentiality agreement, is a written agreement entered into by two or more parties in which the parties wish to share confidential, sensitive/ or proprietary information (as defined in the agreement) for any specified purpose (as also needs to be defined in the NDA) but wish to restrict access to the same.

In summary, it is a contract entered into by parties, through which they agree to not disclose any information that is covered by the agreement.

In the very beginning of a project it can also be included in a memorandum of understanding, but normally it is drafted and agreed before you submit commercial and technical information or send a proposal. The non-disclosure comes back in the contract as one of the ‘boilerplate’ clauses.

Why is it Important and When Do You Need It?

To maintain a competitive advantage, businesses must keep working projects, innovative ideas, or new products secret to make sure do not fall into the hands of a customer or competitor.

This is for large corporations, but also for startup companies that may have a new and profitable idea that can only be successful if what they are working on remains secret.

Exchanging valuable information with other partners is generally a necessity that regularly happens in projects where several parties collaborate on a technical solution and where the intellectual property or business secrets need to be protected.

Therefore, confidentiality and security issues and measures should be taken into account in order to safely exchange sensitive technology, business or commercial confidential information.

The signature of a confidentiality agreement or non-disclosure agreement (NDA) comes at the proposal stage or even before.

Confidentiality clauses are then also included in the agreement, to ensure parties comply with confidentiality obligations during the whole lifecycle of the contract and thereafter (surviving clauses)

So it is essential for parties to agree to an NDA before negotiating further as it is very important al to protect one’s secrets from being exposed to the market.

What can and What Should be Covered in an NDA Agreement?

We can review, edit or draft a non-disclosure agreement and proposal within a few days!

There are three types of non-disclosure agreements:

Here below an example of a Non-Disclosure or Confidentiality Clause

Theoretically, and it is rather common, it is possible for you or the other party to include the terms and existence of the contract, including the non-disclosure promise, in an NDA. However, it can be superseded by an order issued by the judge to disregard the NDA.

You may especially find this when your contract is dealing with government secrecy matters where a person is not allowed to disclose whether such secrets exist.

Another example is when you design content for a well-known brand and you are not allowed under the NDA to reveal that you are the author (and therefore not the company itself creating their own brands).

You have to ask your lawyer what your laws say about this. Contracting to break the law is almost always void. It should also not violate public policy which it would if you could not disclose the NDA to an attorney.