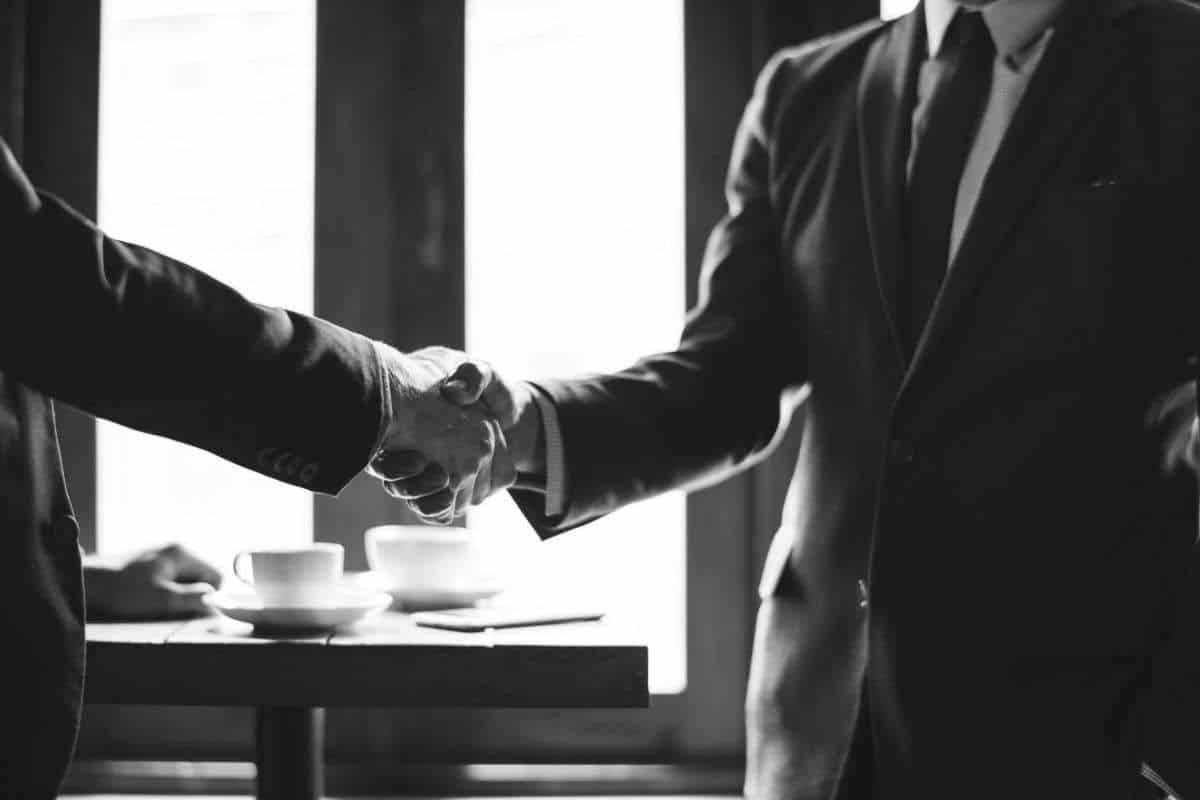 Contract negotiation is one of the most important stages in your contract lifecycle since the outcome hereof will by far set the target for the contract value and profit margin you earn at close-out of the contract.

The Aim of Contract Negotiation

The task for your organization after the signature of the contract is to at least retain this value or improve it by cross- and upselling.

In practice, as I described in my post about contract value leakage, there is a high chance that you lose a lot of money in this phase due to poor contract management, project manage and many other reasons.

An important goal for both parties in a contract negotiation is to make sure you minimize such margin erosion as much as possible in the frame of terms and conditions agreed in a contract.

So, if the aim of parties negotiating a contract is to arrive at terms that add value to both parties and favorably balance financial, legal, and operational risks between them, what are the challenges?

The Negotiation Already Starts Very Early in the Contract Lifecycle

Contract negotiation is one of the most important parts of the contract lifecycle. Not only when the contract is negotiated for the first time, but also thereafter when the parties want to change, renew, extend, terminate or close-out the contract. Receive such posts automatically by subscribing to our newsletter.

In reality, the negotiation actually already started in or before the proposal phase after you received the request for proposal, and as soon as you started asking questions and discussing requirements with the customer.

I even consider any contacts you have with the customer before that – for example when your teams are marketing solutions to prospects – should already be seen as precursors of what in the end will become a contract negotiation, so part of the negotiation process.

Anyway, before you send out the proposal you already must have a negotiation strategy in place. Ideally, you also already have a strategic account management or sales strategy in place which dovetails nicely with the strategy for this specific case you want to propose and contract.

Do you want to know more about how we can help you with setting up your negotiation strategy or support you in the negotiation itself?

Your proposal is the first step in what in the end will become the contract and therefore should be seen as an integral part of your contract negotiation strategy.

The Challenges of Contract Negotiation

Poor negotiations can at any moment in the lifecycle negatively impact the contract value and profit margins and burden a company with punishing legal, commercial, and operational obligations for many years.

In high-tech, high-value and high-risk industries, there is a lot of coordination required during contract negotiation. This makes the process a challenge for all teams and stakeholders involved.

I have worked in environments wherein the contract negotiation team with the customer itself would regularly have up to 40 stakeholders.

This included subcontractors and back-office personnel (like Finance, Legal, Operations, Product Support, Engineering) – who were directly or indirectly involved in providing input, reviewing, approving and many other activities for one and the same contract negotiation.

And before you ask: this was a commercial company selling capital goods and related support and services. Not a government agency.

Reconciling contract feedback from internal stakeholders and subcontractors with feedback from customers is a huge challenge. In addition, nearly always this has to be done for different contracts at once.

Contracts needed to be renewed or extended, options are exercised, and in the end, contracts expire, are closed-out, or terminated. Although for example extension or expiry can happen automatically, my experience is that all such events always lead to some form of (re-)negotiation. And even for close-out when the ‘surviving clauses’ need to be agreed.

The importance for your company, the operational complexity in high-tech environments, and the high volume of complex contracts make contract negotiations a huge challenge for commercial teams, contract managers, and legal counsels.

When you don’t pay enough attention to ensure that your contract negotiations are based on collaboration and lead to robust long-term deals, the outcomes will most certainly be broken contracts, damaged relationships, penalties, lawsuits.

Especially, approaching contract negotiation as a win-lose event and trying to get your way as much as you can has the opposite effect you may expect. Rather than creating value as much as possible for you but also the other party, you are already creating the stage for huge margin erosion.

You need two to tango. There are two sides to a negotiation. You should be focusing on creating value for both parties. If you want to create value from a contract you should also allow the other party to get value in return for the money and resources they are putting in the contract to get your products and services. Both parties should benefit.

“Value creation occurs when solutions are found that benefit both parties, or at least benefit one of them without making the other worse off,” says

A successful negotiation balances value and risks between two parties. I have always benefited very much from the approach taught in the famous and must-have book (and training) called ‘Getting to Yes’ (and its sequel ‘A Positive No’) on which the Harvard Business Project is based.

‘Getting to Yes’ and other best practice negotiation methodologies are all based on three principles ho you can add value in contract negotiations:

In this post I will not go into detail about the methodologies themselves, but I highly recommend you – if you not already did that – to follow one of the many courses in negotiation. It is an essential and must-have skill for everybody working in commercial, contract and executive management roles, and an absolute requirement to optimize contract value.

In industries selling more complex products or in which multiple stakeholders are involved, negotiations often revolve around multiple issues.

Too often I have seen parties rush into a negotiation without prepartion and without identifying and prioritizing issues beforehand.

The simple rule is that the more issues there are, the more stakeholders you probably need to involve, the more difficult the contract negotiation will be to manage.

On the positive side and since issues and threats are ‘opportunities in disguise’, more complex contract negotiation can also create more upsell and cross-sell opportunities.

One of the ways to do this is that you don’t limit yourself to one big offer but subdivide it into a portfolio of multiple offers. This gives you the possibility to address issues separately but always in relation to the others offers with we then can compare on the basis of overall value and use in the negotiations to balance decreases in value with increases negotiated.

How Technology can Support Your Contract Negotiation

Contract negotiation is an area where not much technology is used, apart from email, which allows you to track dates of every communication, Microsoft Word for redlining, and track versions, and Microsoft Excel, for instance, to track open points.

And this may work for small companies or if you don’t have many contracts to negotiate.

Today more and more technology solutions are coming into the market that can improve contract negotiation with your customers, and at the same time ensure better contract collaboration between your internal stakeholders.

Creating value by contract negotiation is done by working collaboratively with the other party and internal stakeholders. By splitting up larger proposals into multiple offers and increasing issues you can create a better position to negotiate and even increase the scope of the contract.

Technology like contract lifecycle management tools can help you by creating a central system for contract tracking and contract negotiation. This not only speeds up time to signature, and reduces errors, it also gives the negotiators more knowledge, history, and flexibility to look up information during the negotiation itself.

Building trust and focusing on balanced outcomes of negotiations will help you add even more value in the future when you again have to sit down for contract negotiation of amendments, renewals, extensions, option exercises, close-outs, or termination and you again have to find balanced solutions to agree upon with the counterparty.

The process of creating value in your negotiations can only occur when you and the other party work together on creative problem-solving.